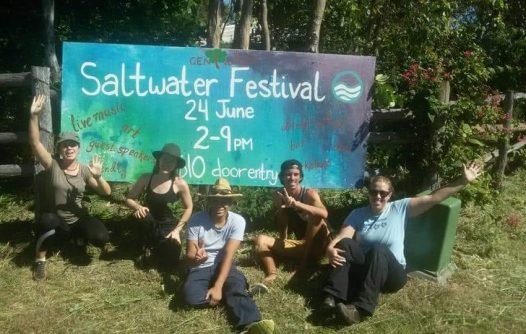 Established in September 2014, a small group of young people came together to create a forum for young people to not only contribute to on-ground environmental projects but to also have a voice in planning the future for their Shire.

With the support of Livingstone Shire Council through funding from the Australian Government’s National Landcare program, Gen Yadaba assists with on-ground conservation work and hold events that put a spin on traditional ‘environmental work’ and are aimed at creating a connected, empowered and active community of young people.

This group of 17-35-year-olds do more than talk the talk, they walk the walk engaging in initiatives across the region to educate, engage, entertain, and inspire other young people and many not so young people.

The group grew in confidence as they represented the Capricorn Coast speaking about youth engagement at the State Landcare Conference in 2015 and the ‘Putting the Soul into Sustainability’ forum held in South East Queensland in late 2016.

While GenYadaba has had a short hiatus, the group are keen to once again lead the way and engage more young people to become more environmentally aware and get involved to make a difference in their region and their community.

The popular Saltwater Festival held annually at Yeppoon Waru Gardens was just one of the many initiatives the group engaged in where hundreds of people gathered in and afternoon of music, conversations, and community togetherness.

Some of their projects the group have been involved with: